We are currently accepting applications for vendors. Click here for more information. 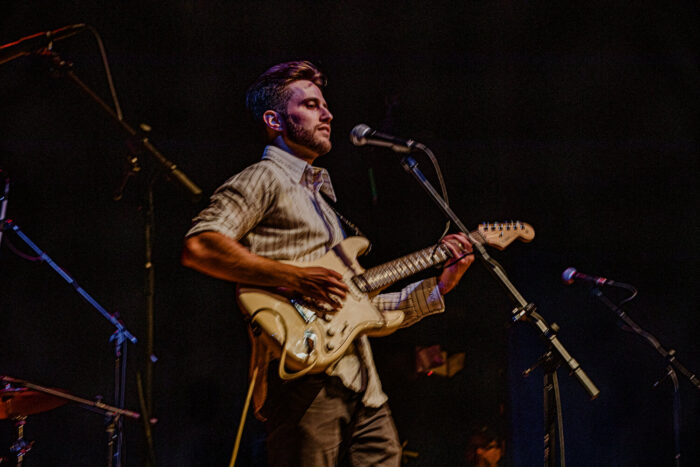 New England native, Michael Suddes, who goes by the name of Coleus, is a singer/songwriter/guitarist on a mission. An up-and-coming artist based out of Hartford, CT, Michael has been showcasing his sound throughout the local scene, one that he feels is unique to him. While integrating elements of Folk, Rock, Soul and more, he tells heartfelt stories relating to love, life’s beauty and overcoming one’s own troubles, all of which are unveiled through dynamic musicality, subtly catchy melodies and an anchoring groove.

After years of playing guitar in all types of bands, Michael is pursuing his lifelong dream of writing, recording and performing his own music. Since 2017, he set out as a solo act, cutting his teeth as a front man, a vocalist and a performer. While playing everywhere from breweries, festivals and local clubs, he is quickly building a strong fanbase. 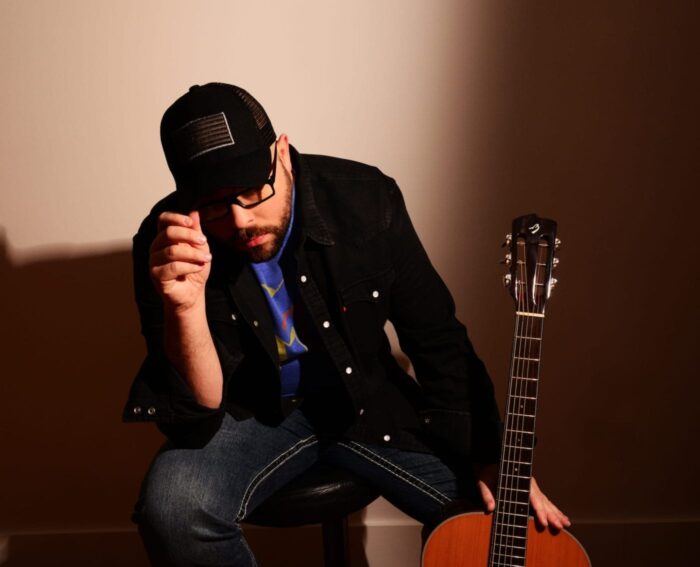 Up until now, Frank Viele has been something of a regional secret throughout New England. His quadruple-threat reputation as a singer, guitarist, songwriter and performer is unrivaled there, as recognized by the New England Music Awards for Album of the Year, Male Performer of the Year, and Live Act of The Year he has stashed somewhere in his Connecticut home.

Of course, musically tuned-in folks throughout the world have been hearing reports of Viele’s prowess for several years. No Depression might have piqued their curiosity with its praise for his “vivid storytelling.” Or maybe they read about his singing in The Alternate Root, which observed that his “street growl” could rivet passersby. Howl Magazine even called his shows “transcendent” and predicted that his music “will rattle your bones and penetrate to the core.”

Truth be told, audiences around the country have begun taking notice as Viele plays in further-flung venues. Since his first album, Fall Your Way, dropped in 2015, he’s been called to open for Will Hoge, Blues Traveler, Lee DeWyze, Zach Myers of Shinedown, The Marshall Tucker Band, and in his somewhat wonderstruck words, “artists who have been on my personal playlists for years.”

“The Soulful, Gravely Voiced Sincerity that Frank Viele is Hooking Audiences with Up and Down the East Coast is Nice To Hear Pumping Through Your Stereo. But Live Hes Transcendent!”
~ Rita Savard (Howl Magazine) 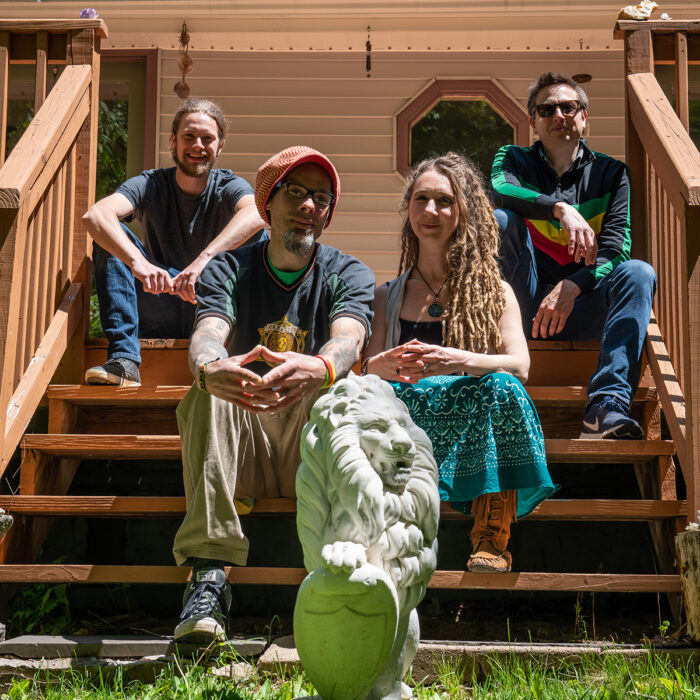 HannaH’s Field brews a musical medicine that can be described as Roots Reggae with a One Love message. Nominated best female vocalist in Hartford for many years, this powerful songstress has shared the stage with such great acts as Derek Trucks, Sound Tribe Sector Nine, the Average White Band, Donna Jean from the Grateful Dead, the Samples, Gov’t Mule featuring members of the Allman Brothers Band, Indubious, Shakedown, Dub Apocalypse, Spiritual Rez and The Brothers Johnson.  They have performed at  festivals such as The 50th Anniversary of Woodstock, Ziontific, Unifier, and Project Earth.

The band’s release, Revolutionary Soldiers, featured Brett Wilson of Roots of Creation and had songs in regular rotation on SiriusXM, The Joint. Their music also charted #11 on Relix/Jam Bands radio chart.

“bringing their mix of jam-band, drum-circle, healing-chant, beach reggae, and gypsy folk to audiences who are open to the idea of sound waves and music as a form of sonic medicine that works through vibrations. This is unhurried music that urges listeners to connect with each other and with the earth, and to stay creative as a way of making better sense of our lives.
–John Adamian (Hartford Courant) 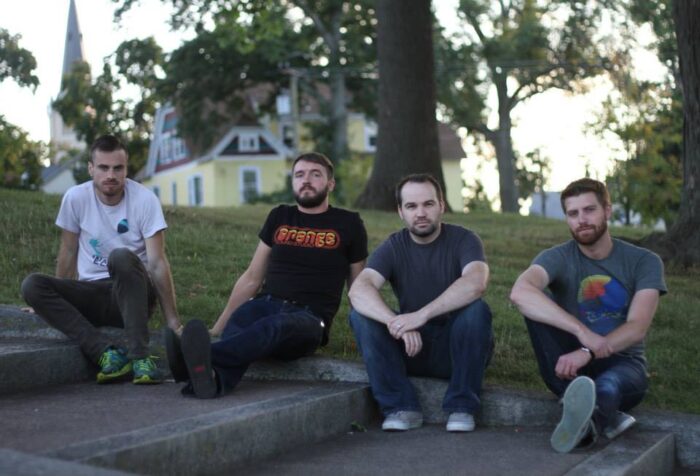 Johnny Mainstream is a four-piece Indie Rock and Americana act out of Central CT. Born in the Marist College dormitories of songwriter Matthew Maynes and bassist Dan Garaffa, Johnny Mainstream began writing honest folk songs inspired by Bob Dylan, Bright Eyes, and Kevin Devine, but infused with the punk rock ideals on which each was raised.

After graduation in 2007, Maynes and Garaffa returned to CT with the Johnny Mainstream brand intact. Through continual exposure at local venues like the Main Pub and Grady Tavern in Manchester CT, Johnny Mainstream began to amass a small following from fans, as well as the attention of other local musicians. Brendan Donnelly and local mainstay and “Flu” alum Michael James Anderson now round out the group on drums and lead guitar respectively.

“Stage burns with restrained longing, buoyed along by folky instrumentation, propped up by an atmospheric electric guitar line—and structured around its vocalists in a way that, for whatever reason, recalls that ‘90s radio hit you forgot existed.”
~ Craig Manning (Absolutepunk.net) 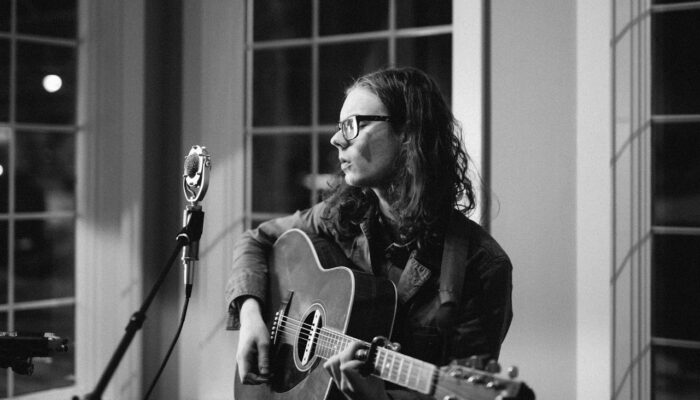 Low Ceilings is the Connecticut-based musical project of Ben Mueller, who has been playing living rooms, clubs, bars, and empty swimming pools since early 2014. In that time, he has developed a distinctive brand of folky alternative rock with a progressive tilt, over which he explores love, loss, and the profundity in banal and everyday happenings.

In April 2021, Low Ceilings released the 11-song album Passenger Side. The album was written over the past year and a half in, around, and about life in a New England suburb. It builds on the band’s previous effort, Learn to Sew, thematically and musically, incorporating full-fledged rock band instrumentation to the long-standing acoustic elements that have defined Mueller’s songwriting for years.

Low Ceilings’ music has always been about taking everyday moments and turning them into vague ponderings of love and life in general. But today’s pandemic-shrouded context gives Passenger Side’s musings an entirely different feel, one that is at times cynical and downtrodden but ultimately hopeful (and grateful).

“Low Ceilings’ music is like a nice cocktail wiener; heady and philosophical lyrics wrapped in a tight folk presentation…Mueller has a knack for taking wordy and thoughtful lyrics and finding the right melody line to serve them.” 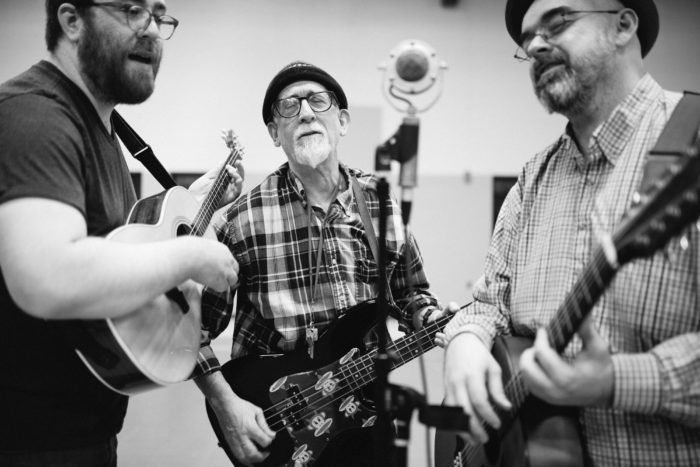 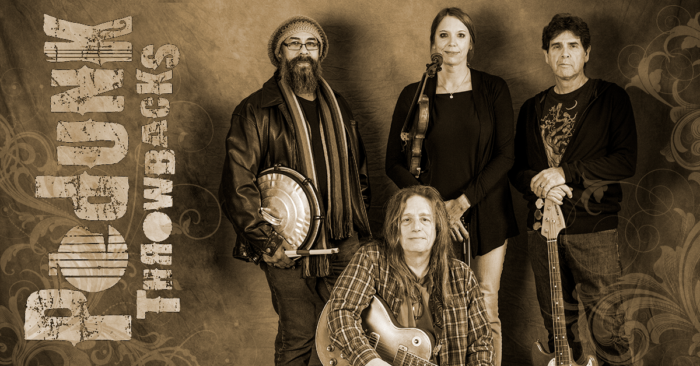 The Podunk Throwbacks are a “throwback” to a time when songwriters did not “woo” listeners with familiar covers while slipping their own works in between but believed in their songs enough to allow them to stand on their own.  Songwriter, Todd Skilton, combines life experience with jazz, rock, country, folk & classical influences, providing a little something for everyone. Together, the Podunk Throwbacks take these musical perceptions of life and “throw them back” with a unique sound, no “gimmicks” or formulation & an energy that keeps the audience engaged.

The Podunk Throwbacks began as a duo in 2012 and evolved into a 4-piece band over the years. They have taken their 3 hours of originals from coffee shops and hardware stores to over 60 gigs a year all over CT, MA & RI, including the Dream Away Lodge, the Meriden Daffodil Festival, the Podunk Bluegrass Festival, the Durham Fair, the Hebron Fair, the Still River Music Festival, Locapalooza, the Goshen Stampede, the Glastonbury Apple Harvest & Music Festival and CiderConn.  They released their first CD, “Emotional Hemophilia,” in 2017, and are in the process of recording their second, due to be released in the upcoming months.

“The Podunk throwbacks are an artistic force to reckoned with. Heartfelt • savvy • so artistic ; their music is perfect for any event.”
~Torrington ARTSWALK 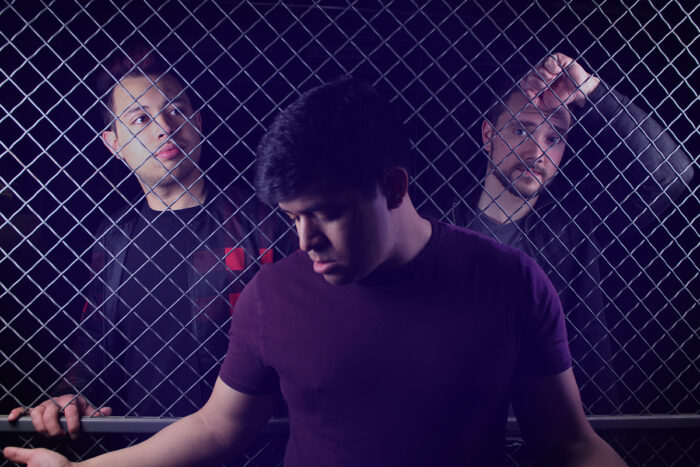 Punchbowl Astronauts is a vibrant American alt-rock trio with an eclectic sound that veers from head-banging guitar heaviness to emotive, melodic acoustics and piano. Punchbowl Astronauts thrive on the contrast and have used it to create music that is uniquely theirs. Based out of New Haven, Connecticut, the band is comprised of guitarist/pianist/lead singer Aaron Montiel, bassist/backup vocalist Chris Vincent, guitarist Jonny Ribbons, and drummer Alex Hayowyk.

Aaron and Chris met at the University of Hartford and formed a cover band together shortly before graduating in 2014, but as the other band members began to go their separate ways, the two began to focus on writing original music. As recent college graduates, Aaron and Chris created songs about their place in the world and their life experiences. In 2021, their music still focuses on their observations about people and society from the perspective of young adults expected to prioritize career over adventure. Their songs touch on feeling completely lost, not knowing what to do next, chasing dreams, destructive relationships, being in debt, making bad decisions, and being terrified of the future. But they also like to share the good things that come after college like wisdom, strength, and love.

The group has drawn comparisons to Hüsker Dü, The Temper Trap, and Snow Patrol but displays a high level of artistry that keeps its sound firmly in its own creative space. The band prioritizes great melodies over all else and each member invests himself deeply in the craft of writing their material. Punchbowl Astronauts hope to connect with listeners and create a community of like-minded friends who joyfully share in the vibe and message of the music. 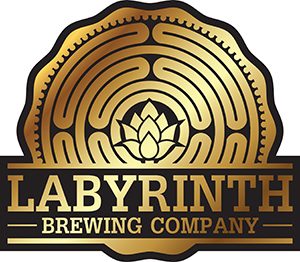 Whether your personal escape is a cabin in the woods, or within the hustle and bustle of the concrete jungle – you will always find tranquility with good friends and good beer at Urban Lodge Brewing. Community is our passion, craft beer is our medium. Come as you are, we’ll take care of the rest.

The Silk City Fest is made possible by a grant from the Town of Manchester’s Downtown Arts and Culture Grant Program. 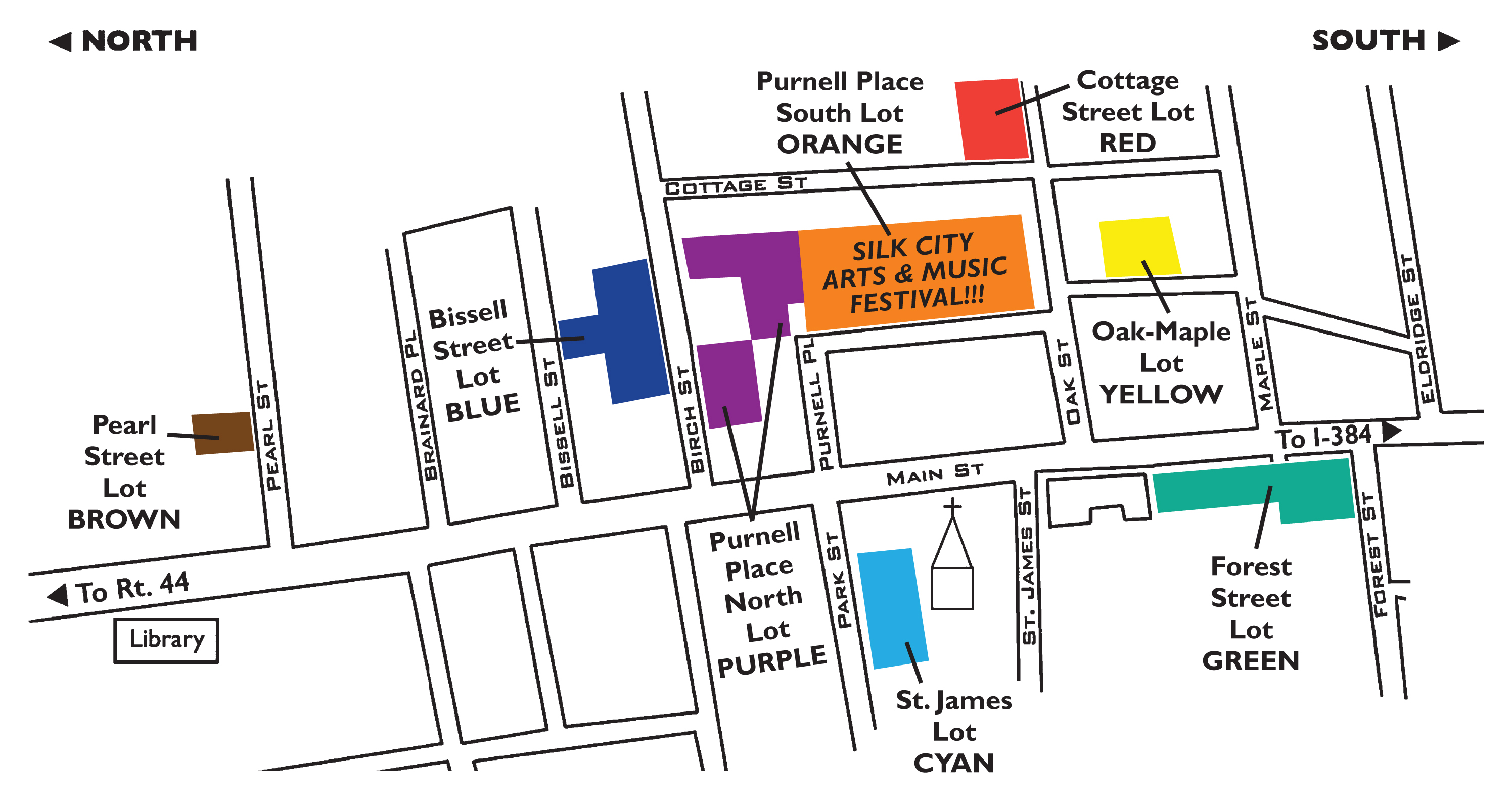